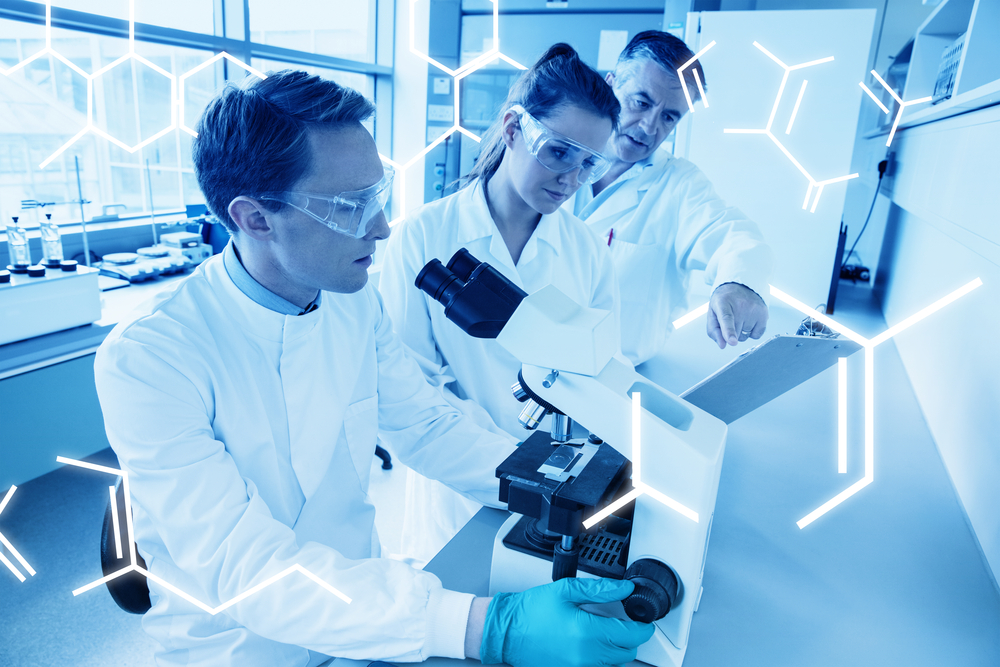 For years, the writing has been on the wall: The golden age of blockbuster drugs was fun while it lasted, but it is ultimately unsustainable. For starters, these drugs tend to provide therapeutic benefits to only a select proportion of the patients who take them.

Indeed, within more than a dozen therapeutic categories, patient response rates to the great majority of “standard” drug therapies do not reach 60 percent. Within some categories (e.g., Alzheimer’s disease and all types of cancer), the response rate is so dismal, it fails to reach 30 percent.

And, increasingly, “me too” drugs have become the norm. These are expensive “new” drugs that resemble existing medications and offer only incremental improvements over the original — if that. Innovation is in decline, yet cancer and other diseases are growing threats to an aging population.

Clearly, the blockbuster model must eventually give way to a more streamlined model of drug discovery, design and production. One that’s laser-focused in comparison, in accordance with the imperatives of the emerging era of personalized medicine.

The Stage Is Set for the Rise of Nanomedicine

Nanotechnology is enabling this transformation toward “precision medicine,” which allows for especially sensitive diagnosis and treatment of diseases. Nanotechnology — meaning materials and tools at the nanometer scale — represents an exciting new toolbox that will allow for innovation. And some of these tools are surprisingly affordable for use in pharmaceuticals manufacturing.

This transformative nanoscale technology could not have come at a more propitious time. Although profits are presently high among the top pharmaceutical companies, profits increasingly rely on high-priced new “me too” drugs offering limited additional benefits. Despite the expansion of promising new drug targets due to better understanding of disease processes, the pipeline presently suffers from a glaring lack of new products or unique new molecular entities.

The Future Is Now

Nanomedicines harness the power of nanoscale materials to improve efficacy — and to decrease side effects — compared to standard therapies. The European Technology platform on Nanomedicine (ETPN) defines nanomedicine as: “The application of nanotechnology to achieve breakthroughs in healthcare that exploits the improved and often novel physical, chemical and biological properties of materials at the nanometer scale.”

As noted by ETPN, “the nanometric size is also the scale of many biological mechanisms in the human body allowing nanoparticles and nanomaterials to potentially cross natural barriers to access new sites of delivery and to interact with DNA or small proteins at different levels, in blood or within organs, tissues or cells.”

Nanomedicines are also occasionally described in the literature as nanodrugs, nanocarriers, nanoconstructs, nanoparticles, nanomaterials or nanotherapeutics. Nanomedicines are tools that can serve a broad range of key functions, including the ability to guide a bioactive molecule to its desired location of action. They can also exert control over the release of the molecule, helping to optimize its concentration at the therapeutic target within a specific time frame.

This obviously plays a big role in helping to limit drug side effects, as only target cells are affected by these often-toxic drug payloads. The transformative power of this nascent technology suggests the sky’s the limit. Nanodrug delivery systems are expected to improve the detection, diagnosis and treatment of cancer, for example.

The importance of nanotechnology to oncology cannot be overstated. According to experts from respected institutions ranging from the National Cancer Institute to the U.S. Centers for Disease Control and Prevention, cancer is poised to surpass cardiovascular disease to become the number one killer of men and women in the U.S. within the next decade.

Cancer receives outsized media attention and benefits from a massive influx of research resources. No wonder, then, that so many among the general public have labored under the misapprehension that cancer has always been the biggest health threat. In actuality, it has long been a distant second to heart disease. But, alarmingly, that is soon to change. Still, despite the many billions of dollars spent on every conceivable aspect of preventing, diagnosing and treating cancer, a “cure” remains an indistinct mirage, somewhere on the distant horizon.

This unhappy state of affairs must change. And nanotechnology promises to be the agent of that desperately needed change. While there has been some reluctance among pharmaceutical manufacturers to wade into the exotic waters of nanotechnology, there is already evidence that embracing nanotech tools can add value to existing products, while simultaneously opening opportunities in new markets.

In terms of product development, for example, nanotechnology can be harnessed to transform existing drugs with poor water solubility and dissolution rates — and thus, poor bioavailability — into water-soluble dispersions with greatly improved bioavailability by converting them into nanoscale drugs. The simple act of reducing particle size vastly increases drug molecule surface area, boosting absorption. Once downsized to nanoscale, many drugs can be converted to any number of dosage forms, including injectable, inhalable, oral and nasal.

Just as the late 20th century was defined by the genesis, exploration and exploitation of cyberspace, medicine and pharmacology in the 21st century are poised to be transformed by a plunge into “nanospace.” The era of personalized medicine offers great promise — and significant challenges — but promises to significantly improve both diagnostics and treatment of diseases that have, until now, resisted defeat.